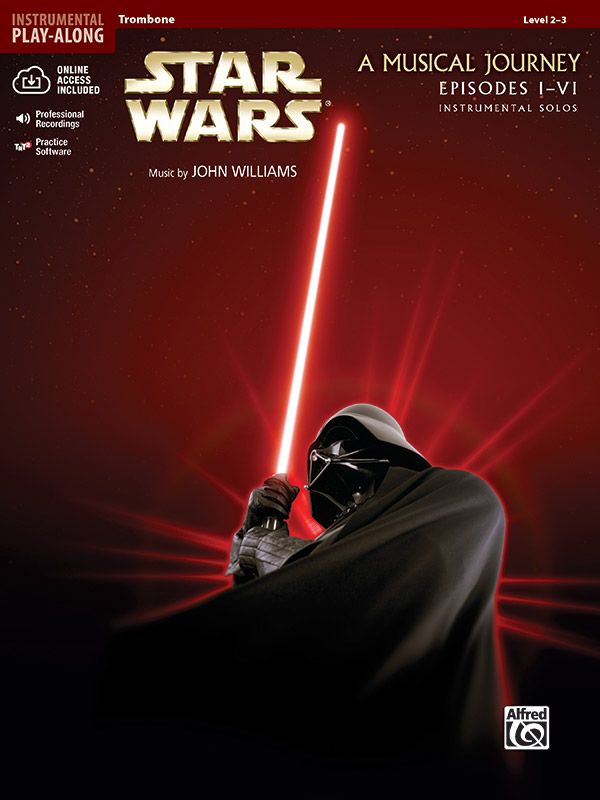 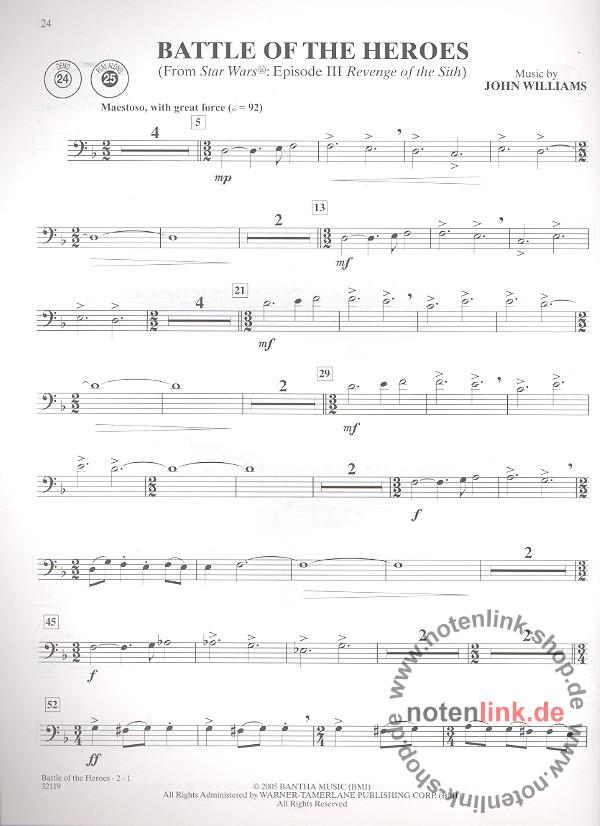 For the first time, Star Wars« A Musical Journey (Music from Episodes I-VI):
Instrumental Solos includes selections from all six Star Wars« movies
arranged for flute, clarinet, alto sax, tenor sax, trumpet, horn in F,
trombone, piano accompaniment, violin, viola and cello. The arrangements are
completely compatible with each other and can be played together or as solos.
Due to level considerations regarding keys and instrument ranges, the wind
instrument arrangements are not compatible with the string instrument
arrangements in this series. Each book contains a carefully edited part that
is appropriate for the Level 2--3 player and a fully orchestrated
accompaniment CD. Each song on the CD includes a demo track, which features a
live instrumental performance, followed by the play-along track itself. Also
included is 4-color art as well as black and white art from the movies. This
title is available in SmartMusic.